A Letter of Credit issued by HSBC on this platform was for a transaction involving a bulk shipment of soybeans from Argentina to Malaysia. ING acted as the advising bank, which saw Cargill offices at different continents acting as the importer and exporter. As stated by HSBC, the live transaction was an end-to-end trade between a buyer and a seller and their respective banks that was completed on one shared digital application rather than multiple systems. The result is a streamlined process with high transparency. “With blockchain, the need for paper reconciliation is removed because all parties are linked on the platform and updates are instantaneous,” Vivek Ramachandran, HSBC’s global head of innovation and growth for commercial banking says.

Having closely worked with HSBC, ING, R3, and Cargill over the recent months for delivery of the project, CryptoBLK is proud to have successfully launched, operated, and facilitated the first live trade finance transaction utilising Blockchain. The Corda-based system not only greatly reduces transaction times from 5-10 days to under 24 hours, but also enhances the transparency in trade. Although much of the trade was conducted on the blockchain platform, certain aspects such as the bill of lading, were accomplished outside the system.

“We’ve still got a few more steps to do before we get to widespread adoption,” shared by Ramachandran. “A lot of people have been wanting to make sure that it works with a live transaction. That’s part of the reason this is exciting, to be able to demonstrate that a live commercial transaction with a flagship global trader and two global banks on each side of the transaction, actually works.”

The primary focus now will be on driving industry-wide adoption, and we can expect to see more live transactions on this platform. While the platform continues to evolve, CryptoBLK is committed to support the development of the platform, and contribute towards a fully operational trade finance system.

CryptoBLK looks forward to continue supporting for the next series of development for the Blockchain platform and aims to drive adoption across the industry. When asked on the potential for commercialization of the trade finance platform, Dr Duncan Wong, CEO of CryptoBLK responded, “After this live run with HSBC, ING and Cargill, we are focusing on supporting the next phase, which is expected to have more banks, corporates and related stakeholders to join. Our focus is to get closer to a fully operational trade finance system soon.”

Click to explore the media coverage of the live transaction: 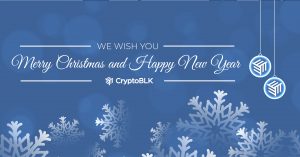 What a year 2022 has been! Not only for CryptoBLK, but for the blockchain industry as a whole!

Happy Holidays everyone! It’s our favourite time of the year at CryptoBLK and we believe that there is only one best way to celebrate such a joyous time together! Click 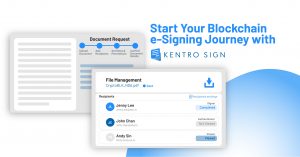