The transaction involved the shipment of polypropylene, a thermoplastic polymer used in a wide variety of applications, to Abu Dhabi National Carpet Factory, an Abu Dhabi National Industrial Projects Group Company in the UAE. A fully digitised letter of credit (LC) was advised by HSBC Oman on a blockchain based platform using R3’s Corda system – with Oman Oil and Orpic Group as the beneficiary of the LC.

This transaction further evidences the commercial and operational viability of blockchain as an alternative to conventional exchanges of paper-based documentation. The blockchain LC flow mirrors the traditional process with all participants using a single platform completing the transaction in 24 hours compared to the usual 5 to 10 days.

Andrew Long, Chief Executive Officer of HSBC Oman said: “As the world’s leading bank for trade finance, HSBC actively supports the adoption of technologies such as blockchain to make global trade simpler, faster, and safer. During the last 71 years in Oman, HSBC has had many ‘firsts’ in the country including being the first bank to offer ATMs and the first online banking platform. Completing the first blockchain trade finance transaction is yet another significant milestone in our journey in Oman as it breaks new ground in pushing forward digital technologies in Oman’s financial sector. The support of the Central Bank of Oman was critical in taking the transaction from concept to execution in a short timeframe”.

Nazar Al Lawati, Chief Financial Officer of Oman Oil and Orpic Group said: “As an integrated Group, we are proud to be among the first in the region taking serious steps in digitising Trade Finance through exploring Blockchain technology and responding to the 4th Industrial Revolution. This wouldn’t have been possible without the commitment of our team, our customer’s cooperation and the support we received from the Central Bank of Oman and HSBC Oman”.

R3’s Corda uses blockchain to track, and trace information as it moves between parties. The Corda technology keeps all stakeholders in sync, reducing the need for reconciliation and speeding up transactions, whilst providing visibility on progress for all.  This visibility means greater confidence for all parties involved, including banks, making trade finance more straight forward.

A blockchain is said to be a highly resilient system which will revolutionise international trade and paperwork. In summary it is a digital record of transactions that creates trust and is maintained across several computers that are linked in a peer-to-peer network.  Through decentralised, secure networks, blockchain technology can be the conduit that connects trade partners globally to share data in a scalable way that makes the trade process simpler, faster, and safer opening new opportunities for Oman in international trade and investment.

“Implementing a new form of digital technology will always have its share of challenges. However, with the close coordination and collaboration between Oman Oil and Orpic Group, the Central Bank of Oman and HSBC Oman, we were able to collectively overcome obstacles and push Oman’s financial sector to the forefront of the ‘new age of banking,’” concluded Mohamed Mansour, Head of Global Trade and Receivables Finance, HSBC Oman. 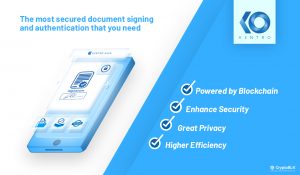 Finance in a Digital World: The Rise of Blockchain Technology

What started as a novel technology to kickstart an innovative decentralised way of anonymising monetary transactions has evolved into a growing technology of worldwide record-keeping systems. By revolutionising finance in 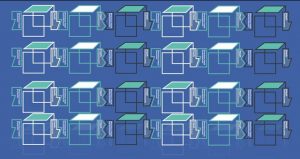 CryptoBLK Academy | 2 Minutes to learn what is Blockchain!

Welcome to the first educational video in our Block Academy series, Blockchain for dummies!

Watch our video to start learning about the basics of blockchain technology!

Blockchain is a chain